I’m a firm believer that great writers aren’t born, they’re crafted from tends of thousands of hours of writing, crafting, and repeating those steps obsessively while no one is watching. There are some people who might be more naturally inclined to come up with really random ideas, or to keep details in order in a way that makes them more naturally inclined to be better writers in one genre or another.

But becoming a good writer takes such an obsessive amount of work that it’s no wonder we all have a reputation for being more than a little weird. Especially all those creative writers 🙂

Even the best of us sometimes run into writer’s block. Not sure where the next story is coming from? Need some inspiration for whatever project is next? Or maybe you just want to keep the writing muscles sharp with a new exercise.

Sometimes a good writing prompt is exactly what the writing doctor ordered!

Some of these were given to me from former fellow graduate students (way back in the day), some came from random challenges, some are made up.

So why do any more dancing around? The rest of this post is pretty straight forward and direct. So let’s mark the middle of summer by jumping in with 50 writing prompts to get some weird stories going.

Maybe this will be just a sketch, maybe you’ll create a character you love or a scene that you use later, but if you’ve been blocked for a while or feel yourself in a creative writing rut, time to pick one and get going.

Great writers aren’t born, they’re made from countless hours of tireless practice, so find one you like and get cracking!

#4: I lost my faith the same day I learned ghosts were real.

#6: A famous celebrity (Christopher Walken, Bill Murray, Taylor Swift, Tom Brady, whomever) becomes obsessed with you and starts stalking/harassing you relentlessly in petty but increasingly threatening ways…and no one else believes you. How do you deal with (your celebrity)’s increasing secret aggressiveness?

#7: He smiled, proud as a four year old after pulling off a sudden round of devastation in that half a second Mom turned her back, as he tried to pay me with three squirrels.

#8: Things were going so smoothly until Jenny showed up. Then they went sideways very quickly.

#10: You wake up after a normal night’s sleep to realize there is no electricity, no battery power, no radio or phone. No one knows what happened, it just all ceased to work overnight. What happens next?

#11: The apocalypse of your choice has begun but you realize you need to make one more quick run to the store for toilet paper.

#12: You realize you’ve had multiple personality disorder for years when 2 or more personalities all become aware of one another at the same time.

#13: You wake up to see a monkey staring at you from a few inches away.

#14: Pick a deeply held belief you’ve had since childhood. Now write a story where that belief is challenged or proven wrong.

#15: You answer a knock on your door. It’s the main three or four protagonists from your last few stories, and they seem to have a bone to pick with you.

#16: You wake up and while most things look normal, you start seeing allegories, metaphors, and common sayings as literal (“busy as a bee,” church goers as sheep, “he/she’s on a roll,” etc.)

#17: A strange dream takes place that would make a great idea for a fantasy adventure story, except for the ridiculous object of your quest. You wake up to find a gnome staring at you. He says you’re king/queen of the gnomes and you need to start questing. You…

#18: And then things went sideways…

#20: You attended a family reunion the previous night. In the morning you wake up to the police kicking in the door to your apartment. Someone burned down your place of work and they have your fingerprints on the gas can, and witnesses who said they saw you. Your family members don’t remember you at the reunion.

#21: A character wakes up, only to realize upon looking in the mirror that he/she is the opposite gender they went to bed as.

#22: After getting a physical just to use something off of your insurance, the doctor tells you that because of a rare genetic mutation you have only two years to live. You’ll be healthy during that time, but you only have two years left. How do you spend that time?

#23: Turns out that gypsy really was a sorcerer. She/he takes pity on you and allows you to choose which animal you will turn into for a month. Which do you choose? What problems happen as a result?

#24: A clown is staring at you. It seems to be everywhere you go.

#25: You’re being arrested for a crime you know your sibling had talked about committing. What do you do?

#26: A genie from an old whiskey bottle you find on the beach gives you three wishes, but there’s a catch: they can’t grant “big” wishes – only small ones that have a “butterfly effect” on everything else. How do you gamble with your wishes?

#27: You walk around going about your normal day, but suddenly everyone seems terrified of you.

#28: The baby starts crying loudly at 4 AM. You get up to go check on him/her and through the fog of being tired remember you don’t have a baby.

#30: I still think he overreacted.

#31: You wake up and you’re 16 again. A slightly future you says you were forced back in time because you were tricked into thinking it was a prize. “You’re going to f**k this up bad,” he/she says before fading out.

#32: “Don’t you know who you are?” the old woman asked, forever changing my life in ways I couldn’t possibly have begun to imagine.

#33: Shaking the hand of the middle-aged job interviewer, you have a vision of him strangling a victim decades ago & somehow you know that was you in a past life. His hand tightens and his eyes tell you he knows somehow you know.

#34: I showed up to babysit my 2 year old nephew. He was laughing and playing with his toys. His parents were duck taped to the wall.

#35: In the distance you see a mushroom cloud.

#36: It’s not a dream. Your worst fear is happening, and it’s staring you right in the face.

#37: The clown appeared out of nowhere. Then he?/she? sees you  and starts sprinting straight for you.

#38: You meet someone interesting at a bar, but he/she is going back to Australia tomorrow. He/she says you should follow him/her. You do have your passport. What’s your move?

#39: You wake up half naked in the middle of Alaska. Again.

#40: Was that a baboon riding a tiger yelling “Woo!” over and over?

#41: You’re pulling a body out of your vehicle and into a quarry when you bump into your ex, doing the same thing.

#42: After the flaming pineapple incident, I was no longer allowed into any company function.

#43: You are approached by a bear walking in a bi-pedal fashion. It’s also wearing glasses.

#44: You turn on the TV and see your face appear on that night’s episode of “America’s Most Wanted.”

#45: The weird small town was burning you for being a witch. However, you’re standing there in the bonfire and not burning as the mob watches. It’s kind of awkward.

#46: “No worries,” he said after covering for your cup of morning coffee. “Besides, how often do you get to say a serial killer bought you a cup of coffee?”

#47: I couldn’t help but shake the feeling that somehow the hunter was becoming the hunted.

#48: For one day a year you have the power to make real life like a musical. What type of numbers will pop up this year? How will you abuse said daily powers?

#49: So…are you going to confess now or are we going to have to do this the hard way?

#50: “Your blender’s planning to kill you,” my toaster lied.

When you look at a prompt think about what genre or type of story your mind jumps to, and then force yourself to write in an opposite style.

If you’re looking to stretch try this a few times, put your own spin on it. The first few will suck, but you will end up with some great characters, a good story idea, or at the very least help stretch those writing muscles to think creatively in the future.

Hey, no argument my mind tends to wander towards weird, wild, and dark, but there are many directions these prompts can go. Sometimes I just need a little kick to get going and writing some more, and sometimes a simple practice like a quality prompt can get you going on a current project or even lead to a new and interesting project. 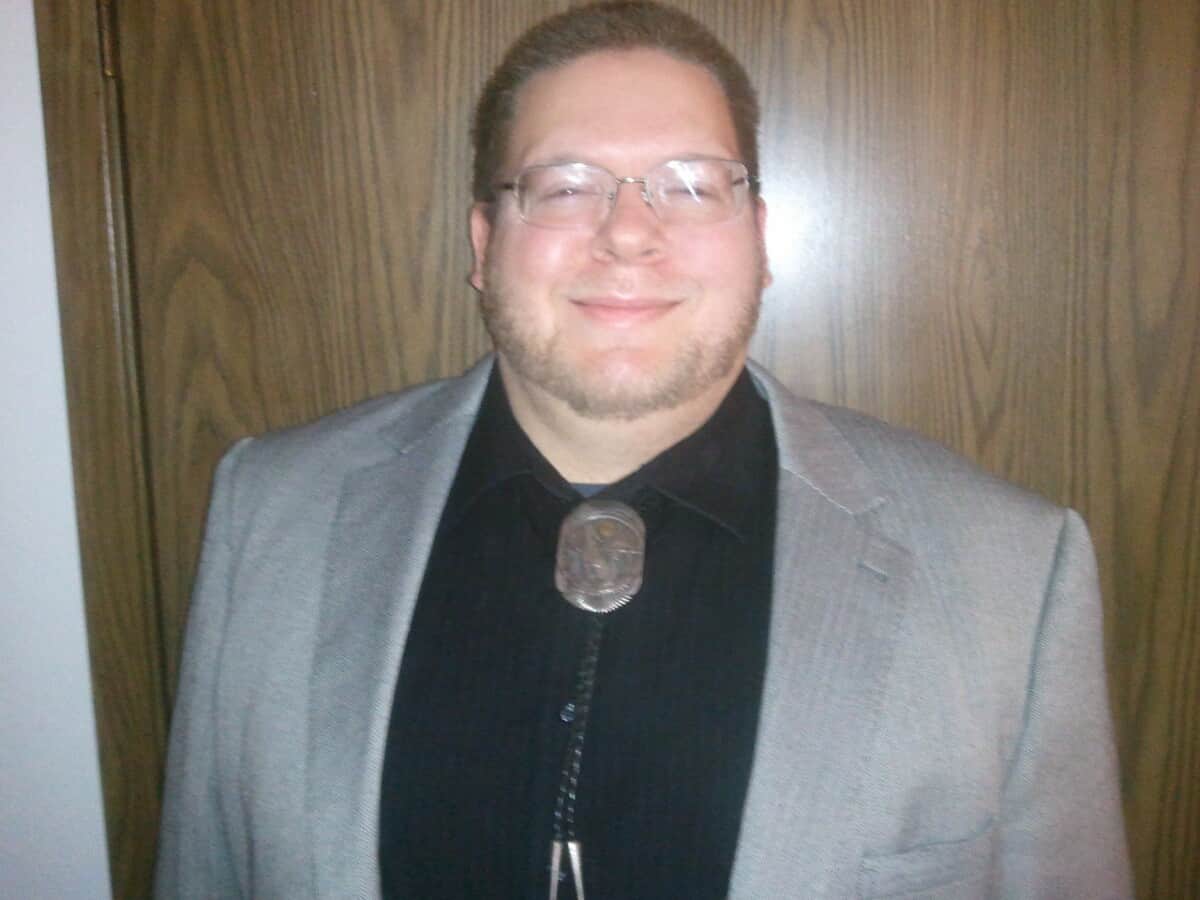 Well assuming you want a mini-bio and not a short thesis on existential dread and questions on what any of us mortals are during this limited existence, I'm Shane. I know, helpful, right? I probably exist. Beyond that, I'll come back and write more when it's not 3 a.m.